Eight years ago I did a little pic post on her 55th with granddaughter Grace at her dance recital.

Then last week she and Grace, now 15, recreated the pose after her last recital. 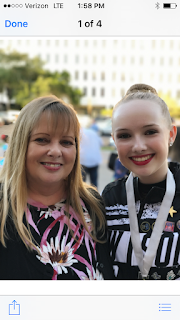 Fran seems to have found Ponce's elusive fountain; not me, even though she's a couple months older she looks twenty years younger..I'm a lucky guy to have her going on 46 years, and not just for her young looks either, but because all of those things I said in that prior post are even more true now than then.

BTW, I said this was Grace's last dance recital and that's not just for this year but altogether because although she loves it and excels, she has discovered that her true love and very strong plan for her future, involves dancing in air...this is her first lesson; she plans to have her private pilot license before her driver license and is sure she wants to be a commercial pilot! And without the dance makeup she looks even more like her beautiful Nana. 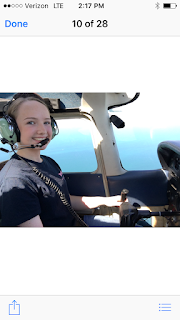