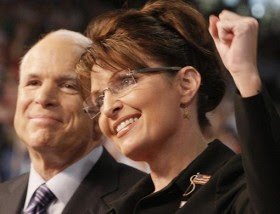 good move, maverick...cougar will be a great wing (wo)man

she hearts me googolplex!

another b-day for me today...at 54 it's a milestone you'd just as soon not think about too much...
. 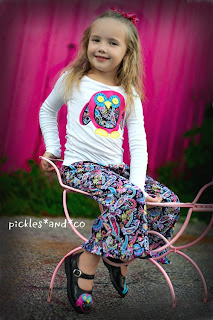 but when your sweetie of 37 years makes a cake (complete with a forest fire of 54 candles), your favorite southern cookin' dinner (with homemade biscuits!), and she and your son both give you great books (brothers in battle, best of friends from my son eric and boom! by tom brokaw from sweetie) and meaningful cards...then the mail brings cards from daughter and grandbabies (rough, funny 4-year old Evan and sweet, beautiful 6-year old Grace...that's her in the pic)...punctuated with a note in the custom-made card from Grace "i heart you googolplex, papa!"...her favorite new word...well, it's a lot easier to take clicking off another year...and like they say, the alternative is kind of a bitch...

i'm going to want royalties on this...

what a great idea...now let's take it a little further ...

the old unimproved version of this (the little yellow foam rubber fish with a marina ad on it) saved my naa minigun once when i was dumb enough to let a friend take me on his catamaran that he just bought and had no frickin idea how to keep upright...saved the naa but my overpriced shades went down along with my knife.

this new iteration is great because it's so much more visible than the yellow fish, though it didn't have battery/electronic issues...sometimes the old simple version is still better.

but the next evolutionary development would be a model that inflates/lights/beeps not just when it hits the water, but when you press a remote button.

i'd attach one to everything i own, that i have no idea where i put it; then maybe i could f'n find something now and then...

my wife says i'd need to attach one to my ass since she says i can't find it...but i'd probably lose the remote.

jtc
Posted by the pawnbroker at Thursday, August 28, 2008 No comments:

and reveal the name of the world's worst threat to the USA... 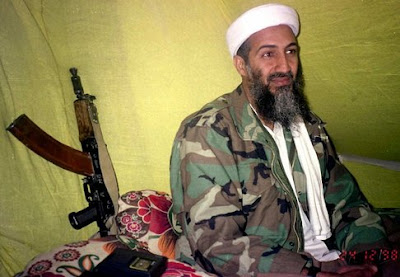 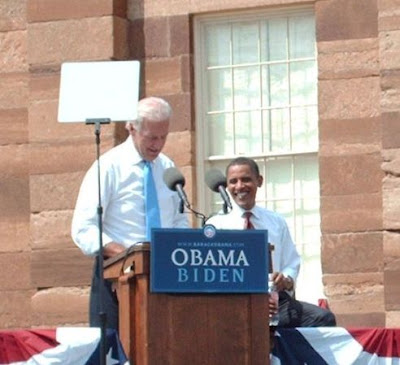 really, am i the only one that sees that banner and reads it a little differently?

i dislike this guy for a lot of reasons...

and here's one more.

good grief: this gal broke TWO MILLION on her site meter yesterday! She can write her ass off, but damn!

i gotta get me some of that original dr. pepper recipe...

jtc
Posted by the pawnbroker at Thursday, August 21, 2008 No comments: 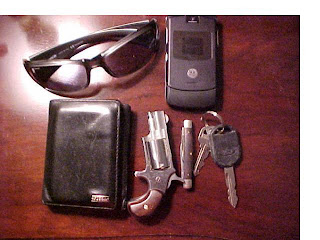 ...i tossed in my two cents, the primary gist of which is this: you might own and usually carry the bestest most powerfulest handgun in the world in the awesomest holster/carry rig made...but somebody in the comments said that carrying is like wearing your seat belt; you may never need it and probably won't...

but if you do, and it's on one of those quick trips to the store, gas station, etc. and it was just too much trouble to pack your main carry weapon...what then? how much good is that wonderful piece with the great ballistics and mag full of hydrashocks going to do you when it's locked up at home and you're two miles away at the hess station? 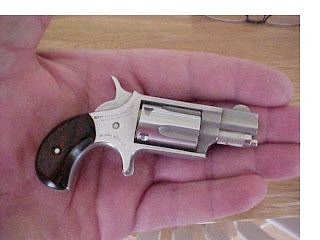 that is why, even though i usually have my old colt cobra revolver on me...since i got my first one in 1978 when they still had the black micarta grips...i ALWAYS have this naa in my pocket...my dad used to say, when i or one of my brothers asked him if he had his pocket knife with him, "i've got my pants on, don't i"? that's how it is for me with the items in the pic; if i'm dressed, my wallet, phone, keys, my dad's tiny old browning 2-blade...and my north american arms .22lr revolver...are in my pocket.

push come to shove...it's my mouse gun and me...but i prefer minigun, i really don't have much of a beef with mice; it's the rats of the world one has to be ready for...all of the time.

comes the word that isaac hayes has passed at age 65...

people have said that barry white's voice is the ultimate aphrodisiac, but before there was barry, there was issac...if you were a teenage boy in the late '60s as i was, and you couldn't get to third base (or the great beyond) with isaac hayes deep, mellow voice on the 8-track...well, you just weren't trying hard enough or you were really, really ugly...

jtc
Posted by the pawnbroker at Monday, August 11, 2008 No comments:

late friday night/early saturday morning in a suburb of tampa and about an hour from my home, a 39-year old teacher of special-needs children had the unmitigated gall to go over to his friend's house for help installing a car radio.

as they worked in the driveway, a couple of misunderstood youths decided to rob them at gunpoint of the radio, their wallets, and anything else they could grab...we don't know if the teacher and his friend would have been allowed to keep their lives or not, because...

that teacher was toting his own gun (and was duly licensed to do so)...he pulls his weapon, shots were exchanged, and that poor child, who the paper says was "working on planning to attend college", was mortally wounded, dying later after the other poor youth took him to the hospital...but they still got the goods, and the radio, wallets, etc. were still in their car.

but the teacher was also badly wounded; he also died later saturday morning.

would the poor misunderstood youth have killed both men if not shot himself? would he and his little pal have robbed and or shot others with the audacity to go about their lives on their own private property? we don't know, but one thing is sure; the dead kid won't.

the teacher's friend was unhurt...surely his mother, when interviewed, would express her gratitude that her son was saved and grief that the teacher was killed, yes?

well, no, when interviewed she said:
"he (the teacher) always had a fascination with guns...that always worried me..."