six days on the road but i'ma gonna make it home tonight...

well, it was eleven hours, not six days. but for the trip from sebring fl to north ga that usually takes me eight hours when i'm flyin' low and catchin' the breaks, it sure as hell seemed like days.

i had to come up to meet the realtor who has my son's house listed for sale and hasn't sold it, but now she wants the place for herself if i'll finance it or do a lease option... 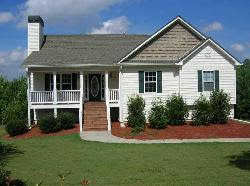 i'm trying to come up with a plan that will be win-win for that. so anyway, i thought by leaving fla today instead of on the weekend i would miss the traffic headed back nawth after the holidays, and i figured there'd be a lot more southbound than north; we've already got most of the q-tip population from ohio, mich, and indy in central fla. but instead, the northbound fla turnpike and long stretches of i-75 were multi-lane parking lots moving like molasses while south flowed free as water. and pulling my trailer so's i can take some stuff back to wifey from the other house up here kept me about ten mph under the norm when traffic did open up a bit.

anyway, i finally made it in one piece, and the plan is to make a deal with the realtor to do some spruce-up work on this house and have her act as seller's agent with the fees to apply to a down payment for her to buy my son's place...it's a good deal for her since she won't have to come up with cash, and if it means both places get sold it'll save me a ton of outgo for two houses that we don't use now that my son has moved back to fla...like i said, win-win if it works out, we'll see.

i shouldn't bitch about the trip i guess...i left seventy five degrees and it's only in the forties here, whereas tam is headed from the thirties into the teens and possible ice in her little rear wheel drive krauterskate; at least maybe her traffic will be lighter than mine was...anyway, eleven hours on the road is rough on an old fart, so it's off to bed.